To be honest, the 1967 Chevrolet Corvette C2 – commonly known as the Sting Ray – doesn’t need any modifications to be a great drag racing car. It is a muscle car right out of the assembly line, but this hasn’t kept hot rod fans from putting their own marks on this iconic little piece of U.S. car history. 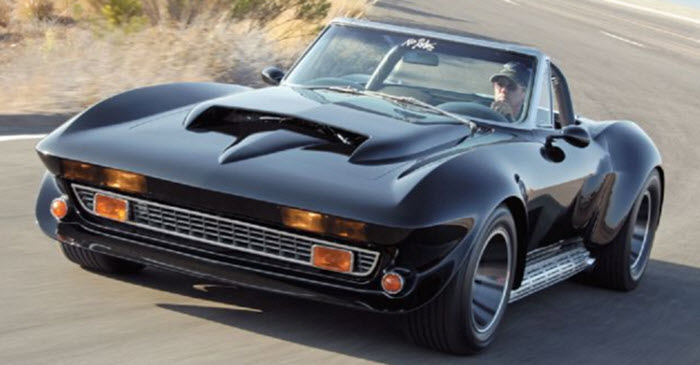 The most powerful engine available for the 1967 Chevrolet Corvette was a 427 in³ Big-Block Tri-Power V8 with 435 hp. This engine came with a 1282 ft³/min (605 L/s) Holley triple two-barrel carburetor arrangement, marketed as Tri-Power. This engine configuration, coded L88, came with lightweight heads, large ports, 12.5:1 compression, an upgraded camshaft, an aluminum radiator, and a small-diameter flywheel. The true rating was rumored to be 560 bph at 6400 rpm, but the advertised rating was significantly lower.

In many ways, this engine was a racing car engine stuffed into an everyday car. For instance, the 12.5:1 compression needed 103-octane racing fuel, which could only be purchased at select service stations, and to discourage people from using this powerful beast of a vehicle for anything else than drag racing on designated tracks, the car would be delivered without heater and radio. Also, when you ordered the L88, several additions that were normally optional upgrades for the Sting Ray buyer became mandatory for you, including the limited-slip differential (LSD) gear arrangement (called it “Positraction” by Chevrolet), heavy-duty suspension, power brakes, and transistorized ignition.

Short facts about the 1967 Sting Ray